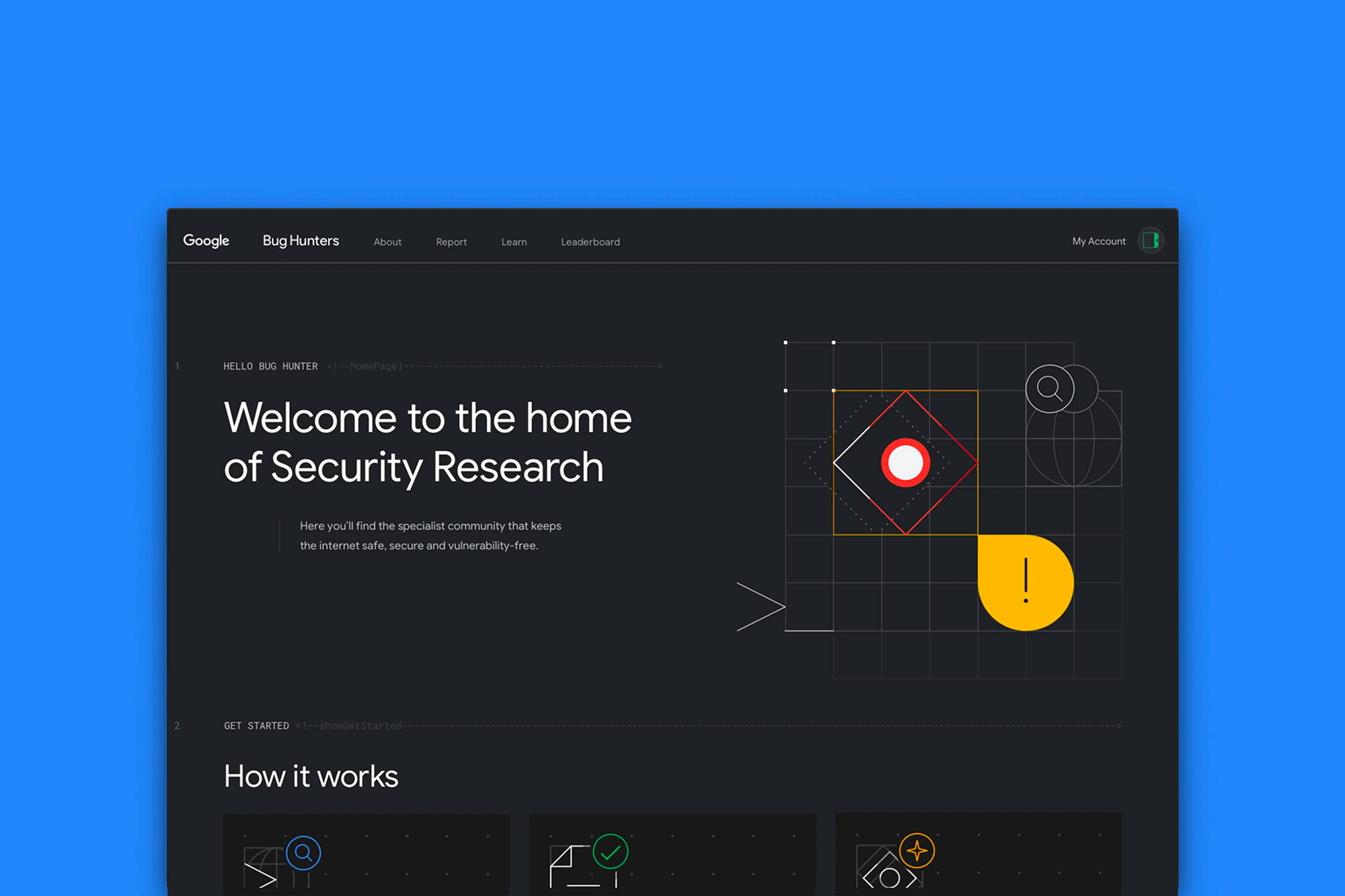 A new Google platform to keep the internet safe and secure.

Google’s Vulnerability Reward Program was a first-of-its-kind initiative to incentivize developers and engineers to report bugs in Google code.

I worked as Design Director at Stink Studios on this project. We were appointed by the Google Security team and tasked to reimagine and rebuild the platform, focussing on the community, and making the platform more user-friendly and visually engaging. We created a beautiful visual language that nod to programming culture. 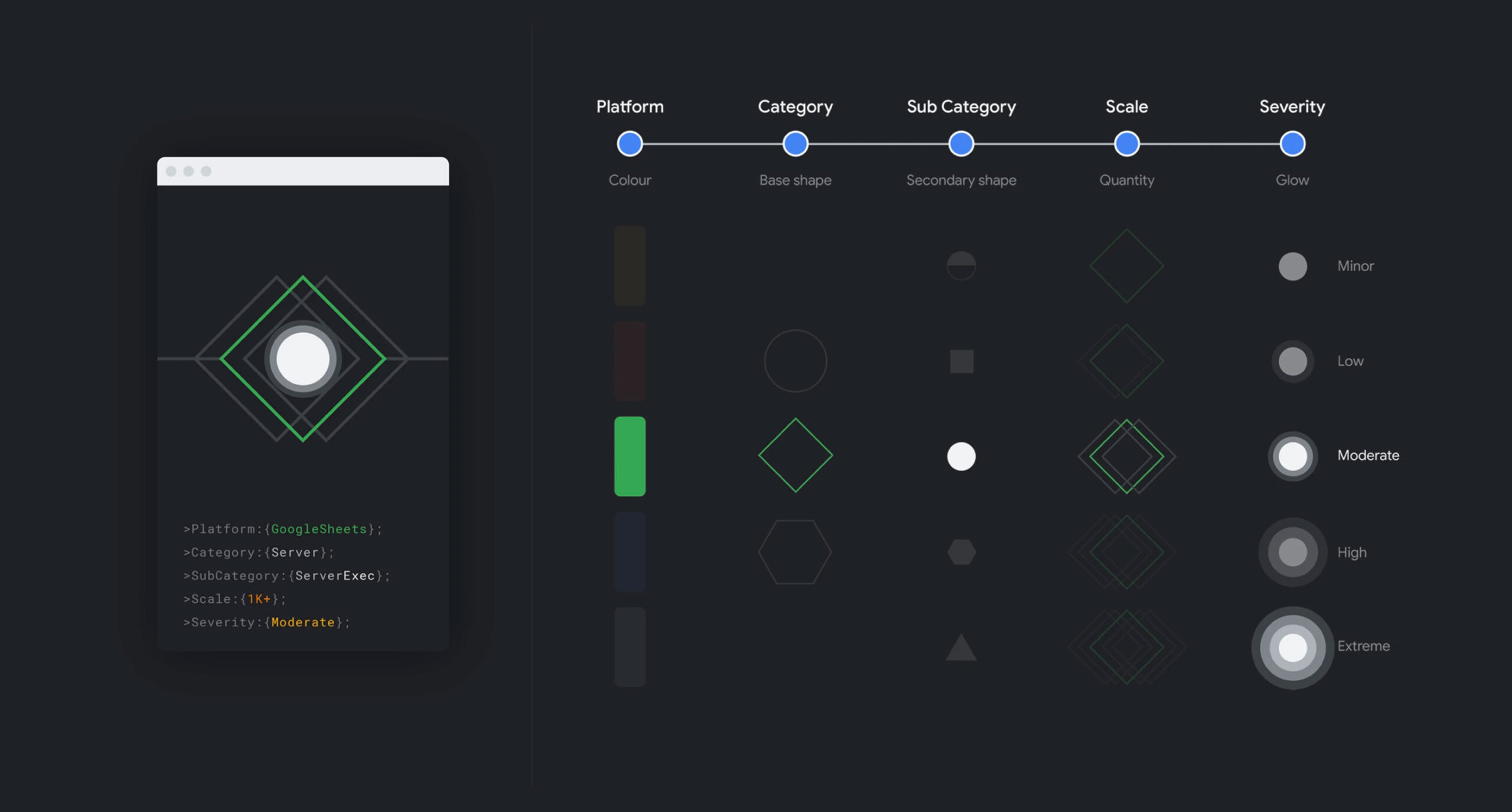 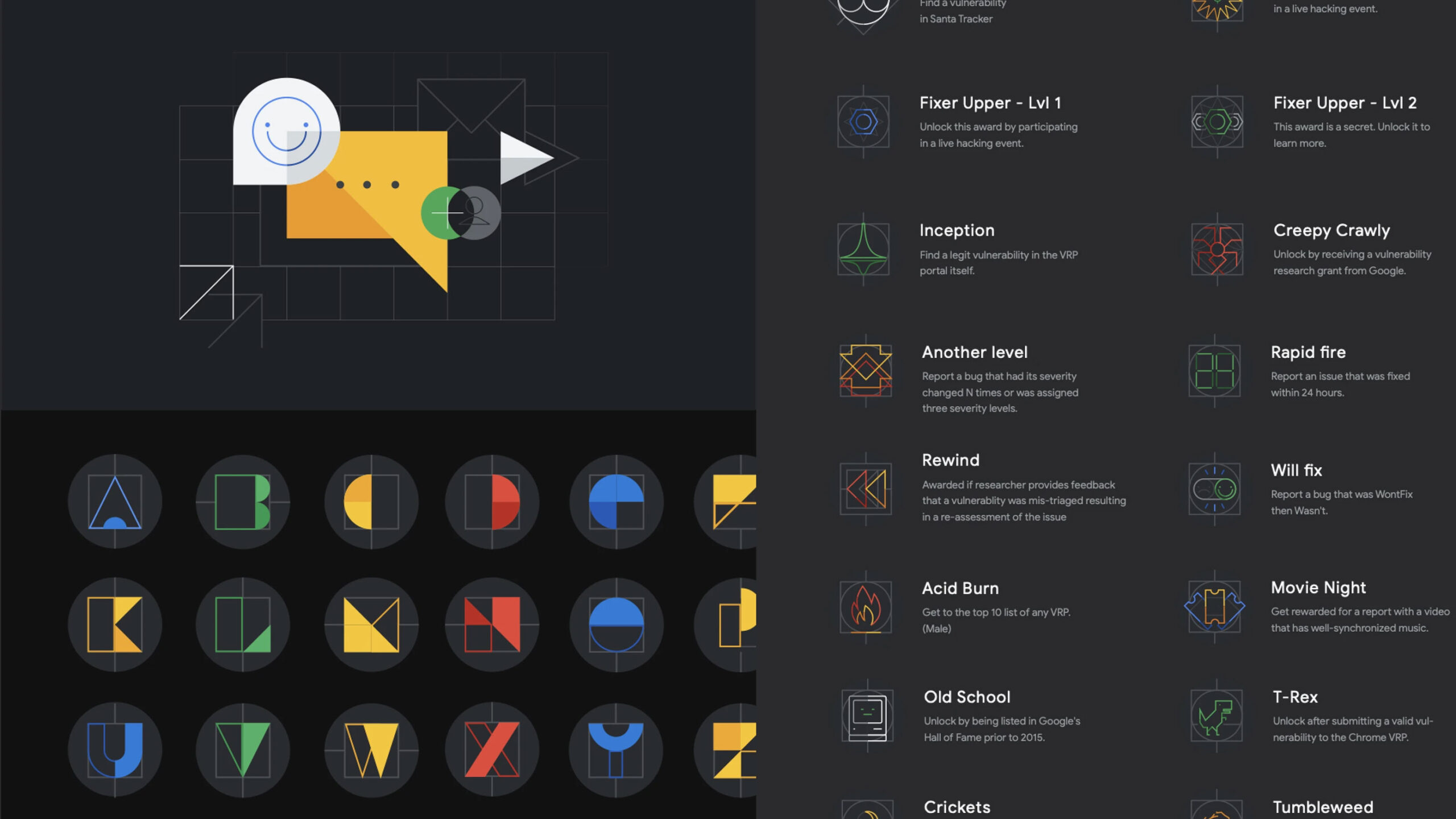